The Dunalastair Hotel Suites celebrated the arrival of 2017 at the annual Hogmanay celebrations here in Perthshire. As at similar events across the UK, we joined together at the stroke of midnight for a rousing rendition of Auld Lang Syne.

Not that the celebrations end there. In just a few short weeks, we’ll gather together again for a traditional Burns Night supper, paying homage to the very man who wrote that song, the acclaimed poet, Robert Burns.

With Burns Night fast approaching we thought you may like to know a little more about Rabbie and to explore the origins of this age-old Scottish tradition, as well as what’s in store for those celebrating  Burns Night in the Scottish Highlands this January. 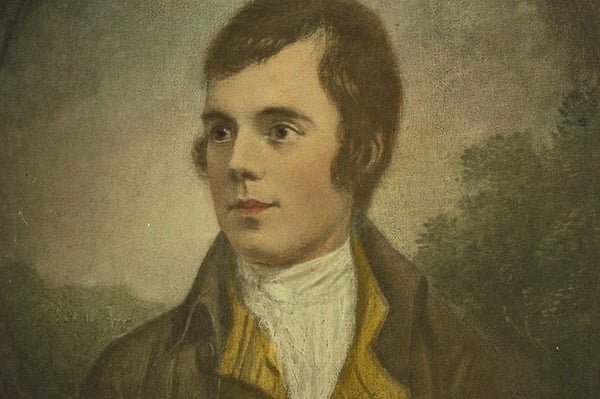 Who Was Robert Burns?

Recognised as Scotland’s national poet, and often referred to as the Bard of Ayrshire, Robert or Rabbie Burns was a poet and lyricist whose work -written predominantly in ancient Scottish- is today revered across the world.

Though perhaps most famous for writing the song that would become synonymous with New Year’s Eve parties across the English-speaking world –  Auld Lang’s Syne; it wasn’t Burn’s only contribution to the world we know in 2017.

His famous 1785 poem To a Mouse, on Turning Her Up in Her Nest with the Plough gave us the phrase ‘the best laid plans of mice and men oft go awry.’

The line, made famous by John Steinbeck’s novel, Of Mice and Men, actually originated i from Burns’ poem:

A year later, Burns wrote Address to a Haggis, which most experts suggest was ultimately responsible for becoming Scotland’s national dish.

Why do We Celebrate Burns Night?

When we celebrate Burns Night at an event near our hotel in Perthshire this year, we will be taking part in a tradition which dates back all the way to July 21st, 1801. It was on this day that a number of the bard’s closest friends gathered together at Burns Cottage to commemorate the fifth anniversary of his death.

A year later, the first Burns Club was formed, and a second Burns Supper held on what was largely assumed to be Burns’ birthday, January 29th. However, It was later discovered that his birthday was actually January 25th, which is why we’ve celebrated Burns Night on or around that date ever since.

What Happens on Burns Night?

The way we celebrate Burns Night in the Scottish Highlands has changed very little over  the course of the past 200 years, with many of the traditions we keep today being the very same set down by our forefathers in the early 1800s.

The event begins with guests gathering as at a party  where a Scottish Piper greets them  with the chants of the pipes.

The host of the event will then offer a formal greeting, inviting guests to be seated and typically sayigrace followed by the delivery of the .Selkirk Grace just as Robert Burns did  back in the 17th century at a dinner hosted by the Earl of Selkirk. We look forward to doing the same at our Perthshire Hotel in years to come and as has taken place here at our Perthshire hotel for decades before.

The celebration centres around the traditional Burns Supper, which starts with a soup course before moving on to the famous Haggis which is treated with complete reverence.

First, the dish is escorted and piped into a into the room by a Scottish Piper; a great honour in itself.. The host then recites an Address to a Haggis before the food is served, usually alongside other Scottish delicacies like “tatties and neeps” (potatoes and turnips). 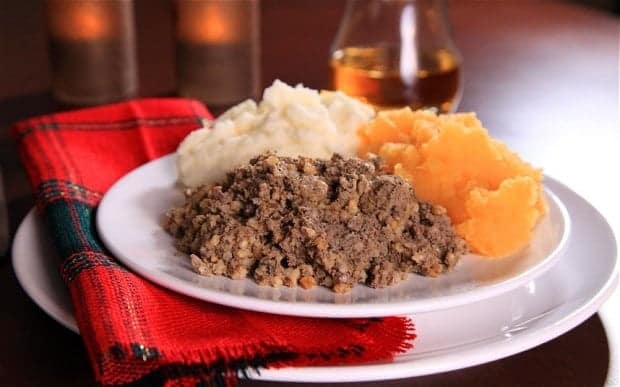 To round-off the evening, a number of toasts are given, starting with a toast to “The Immortal Memory of Robert Burns”. After this, selected Robert Burns’s poems are recited, before guests join hands to end the event with a rendition of Auld Lang Syne.

Where to Celebrate Burns Night in Highland Perthshire

Though our own Perthshire hotel will still be closed this January, a number of nearby venues will be holding Burns supper celebrations. For a full list of local events, visit the Highland Perthshire website at http://www.highlandperthshire.com/things-to-do/major-events/perthshire-burns-supper.aspx For those who cannot trek to Scotland this January them look out for other such suppers that will be held elsewhere in the UK in the memory of the great Rabbie Burns.

Until then, all of us here at the Dunalastair Hotel Suites wish you a safe and happy Burns Night, and look forward to seeing you here in Perthshire when we reopen on April 10th, 2017.