You’re familiar with the vast, rolling hills and the majestic mountains. You may even feel right at home among the expanses of lush forestry and tranquil waters, but how well do you really know the Scottish Highlands?

Today, we dive deep into the rich history, the fascinating culture, and the enchanting uniqueness of the area surrounding the Dunalastair Hotel Suites, all to bring you these five remarkable facts that you never knew about the Scottish Highlands. 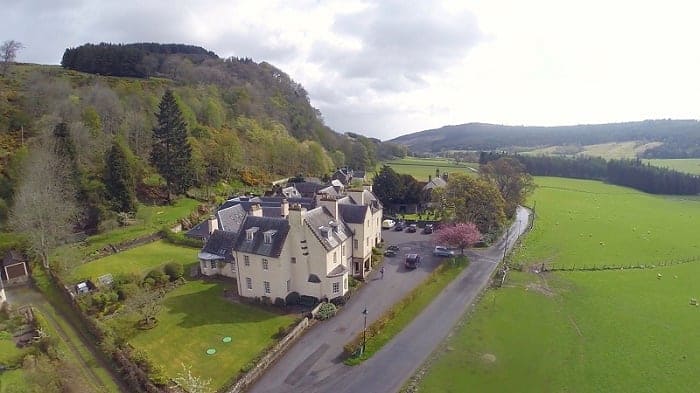 1: The Oldest Living Thing in Europe is Here in Perthshire

Situated less than a 30 minute drive from our boutique Scottish hotel, just on the opposite side of the magnificent Schiehallion mountain, sits the quiet, unassuming village of Fortingall. Don’t let its peaceful ambiance and picturesque surroundings fool you however; this is one small village with a mighty big story to tell.

According to legend, it was here where Pontius Pilate was born before he went on to serve Roman Emperor Tiberius.

It’s also here where the famous Fortingall Yew can be found. This ancient tree is said to be at least 5,000 years old, though other experts suggest that it could have stood in this village for over 9,000 years. Either way, it’s well recognised as the oldest living tree (if not the oldest living thing entirely) anywhere in Europe.

2: The Highlands’ Sparse Population Owes Much to a Mass Eviction in the 19th Century

Whilst we’re on the subject of history, let’s touch on just one of the reasons why much of the Scottish Highlands remains untouched and unspoiled by human populations.

Hundreds of years ago, this entire area from Perthshire onwards was far more densely populated. The sight of the legendary Scottish clansmen settled among the hills and valleys would not have been an unfamiliar one to anyone living there at the time.

Yet in the wake of the Jacobite Rising (itself a truly fascinating part of Perthshire’s history), many such clans were forced to disband, and were ultimately evicted from their Highland homes.Many resettled elsewhere, leaving the areas surrounding our boutique hotel to remain as the sparsely populated regions of natural habitat we know them as today.

3: Scotland’s Official Animal is The Unicorn

From the adventures of Rob Roy to the ancient stories of Highland heroes, Scotland has long captivated us with its myths, legends, and tales of yore. So it may not come as much of a surprise then, to learn that of all the creatures the country could have chosen as its national animal, we opted for the mystical and majestic unicorn.

There is actually a good reason for this. According to European folklore, these legendary beasts were proud, often contemptuous creatures which would choose to die rather than be captured by their adversaries. It was a sentiment which echoed the Scots efforts to remain a sovereign nation, thus making the unicorn the perfect emblem for the valiant country.

4: Scottish Bagpipes Came from the Romans

You can barely journey for more than a few minutes from our boutique Scottish hotel without encountering some instance of bagpipe playing; whether it’s a long-time local who’s a master on the pipes, a poster advertising an evening of music, or local Highland music store selling these wonderful instruments.

OK, so that in itself is hardly what we’d call a remarkable fact.  Ranking up there with kilts and haggis as an item truly synonymous with Scotland, no form of music quite sums up the country like the bagpipes.

What is remarkable however is that the instrument which is such a recognisable emblem of Scottish life didn’t actually originate in Scotland at all, but in the Middle East.  It later made its way to Europe, and ultimately to the Romans, who brought it over to these shores in the early 13th century. 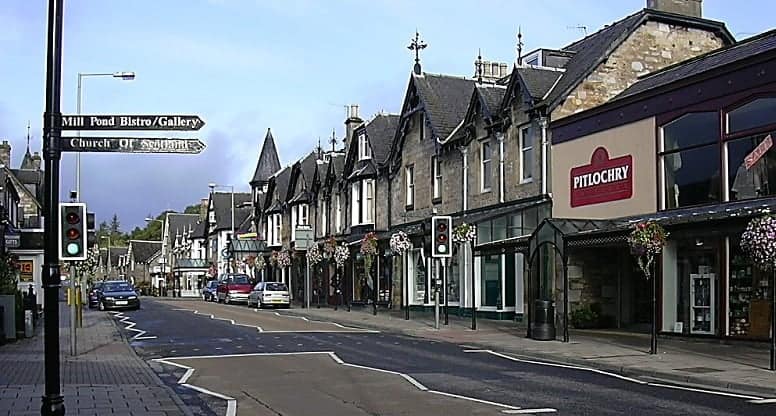 5: Pitlochry is the Furthest Place from The Sea in Scotland

Not a big fan of the open ocean? Don’t worry, you’re just about as safe as safe can be when staying at the Dunalastair Hotel Suites near Pitlochry.

The traditional Scottish town stands further from the sea than anywhere else in the country. Journey anywhere else, and you can reach the coast within at least 62 miles, but Pitlochry is a little further, making it a safe bet for land lovers!

Discover more remarkable facts about the fascinating Scottish Highlands for yourself on your next stay at the Dunalastair Hotel Suites. Book online today, or call now on +44 (0)1882 580444.