No need to shop around,
our best rate is always
guaranteed when you
book direct. Plus, you’ll
also benefit from these
exclusive perks:

For years, we’ve been proudly boasting about how blessed we are to be based in an area of such outstanding natural beauty, but we’re far from the only ones who believe that there’s nowhere on Earth that can match Scotland when it comes to incredible views.

It wasn’t that long ago that readers of influential travel guide Rough Guide officially voted Scotland as the most beautiful country in the world, while travel experts and tourists alike are quick to heap praise on its breathtaking surroundings.

But what is it about Scotland’s scenery that captures the hearts and imaginations of all who come across it?

We could spend all day talking to you about sweeping vistas, rolling hills, lush forests and miles of gentle, blue waters…but rather than simply tell you, why not let us show you?

Here, the team at our five-star hotel in Highland Perthshire offer our pick of the ten most iconic Scottish views you simply have to see for yourself on your next Highland getaway.

While some might be attracted by the abundance of adventure on offer and others might prefer casting out into the tranquil waters for day’s fishing, there’s no doubt that Scotland’s most breathtaking views are at least partly responsible for visitors taking no less than 166 million trips to the country every year. 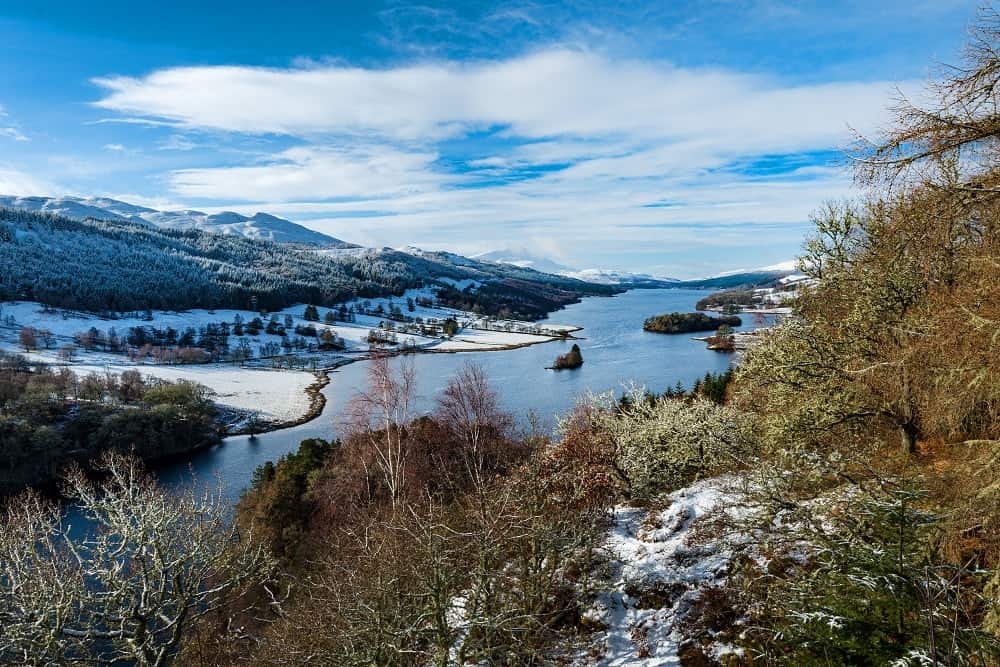 Just under half an hour away from our award-winning hotel in Pitlochry, the historic Queen’s View is one of Scotland’s most photographed areas of natural beauty, and when you see it for yourself, you’ll understand why.

Drive up to the Queen’s View vantage point, and on a clear day, you’ll be afforded awe-inspiring views all the way out to the West Coast mountains near Glencoe.

While you’re there, be sure to stop off at the tea room and visitor centre and experience for yourself the magic of what we believe to be one of the most romantic places in all of Scotland.

As famous for its starring role in the Harry Potter movies as it is for its remarkable beauty, Glenfinnan Viaduct and Loch Shiel have served as one of Scotland’s most iconic attractions for over a hundred years and continue to serve as a highlight of many a highland holiday.

Commonly known as “The Harry Potter Bridge,” visiting the Glenfinnan Viaduct still offers fans the chance to catch a glimpse of the traditional steam train which served as the Hogwarts Express. 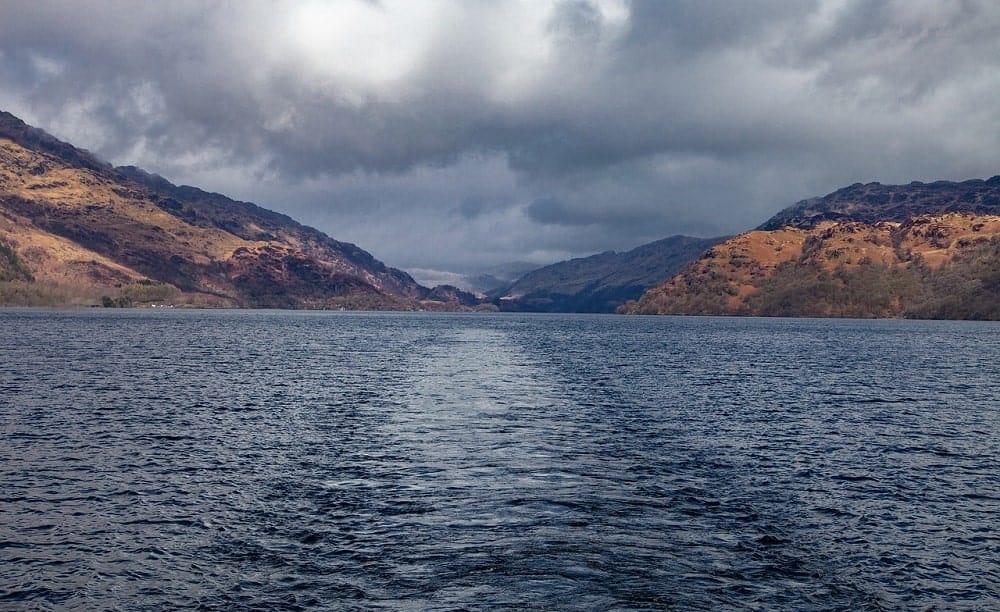 You could spend weeks exploring the spectacular Trossachs National Park and still never see everything this popular area has to offer.

Whether it’s the Steamship Sir Walter Scott idling along on the glistening waters or the endless acres of abundant forestry, there’s no shortage of sights to take your breath away, the absolute best of which is the view from the top of Ben A’an.

At 1,491 ft (454 m), reaching the summit may take some work, but when you get there, you’ll be rewarded with the kind of awe-inspiring view you’ll remember for the rest of your life.

A stone’s throw from our award-winning luxury hotel in Highland Perthshire, Rannoch Moor’s windswept beauty and rugged charm were listed by Rough Guide as among the reasons why Scotland was voted the world’s most beautiful country.

If the vast, untamed wilderness doesn’t captivate you, the majestic deer roaming the hills probably will.

If you’re visiting Rannoch Moor between March and October, be sure to stop off at the charming Tea Room for a refreshing brew and a menu full of delicious homemade treats. 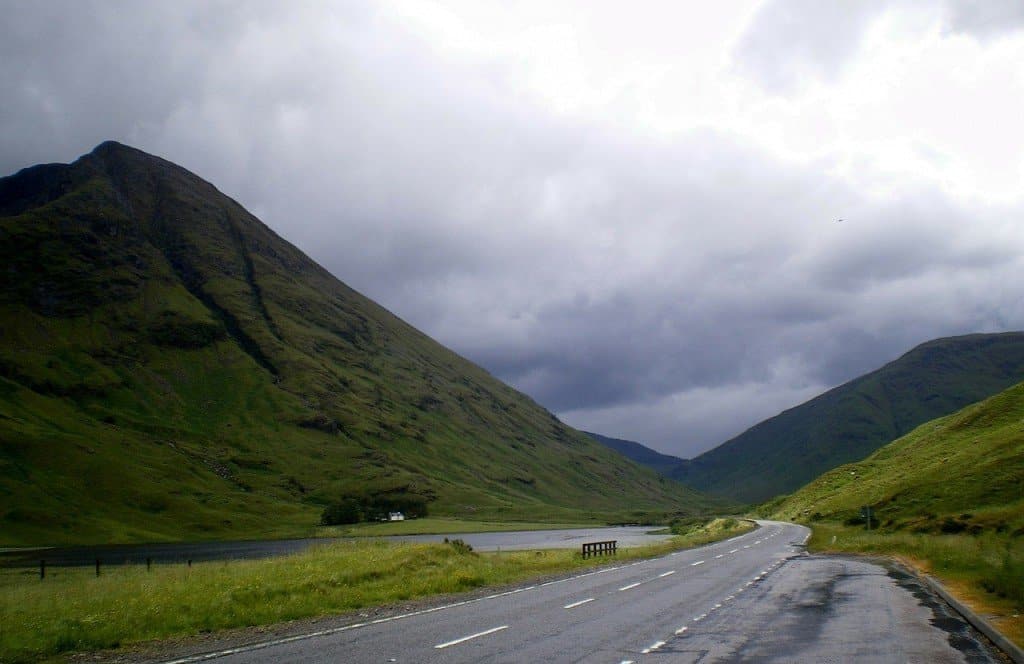 Standing proud in the heart of the extraordinary Lochaber Geopark, the magnificent mountains and rolling valleys of Glen Coe have been a formidable part of the highland landscape for thousands of years and, to this day, continue to capture the hearts and imaginations of all who visit.

6: The View From Atop Mount Schiehallion 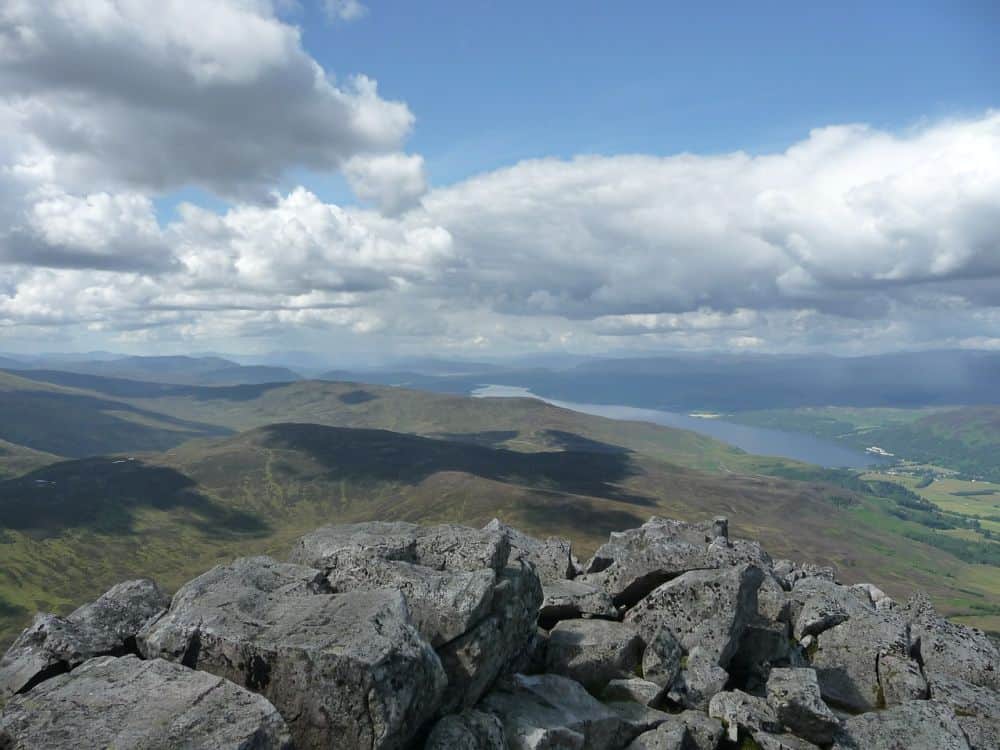 Though it’s often described as Scotland’s easiest Munroe to bag, conquering the mighty Mount Schiehallion is no small feat.

Don’t let that put you off. Upon reaching the summit, you’ll be rewarded with much more than just a magnificent sense of accomplishment. You’ll also enjoy glorious views the likes of which you won’t find anywhere else on Earth.

The most popular route for climbing the Schiehallion Mountain starts from Braes of Foss car park in Pitlochry, roughly a quarter of an hour’s drive from Dunalastair Hotel Suites.

One of Scotland’s best-kept secrets, the historic Whaligoe Steps may be a fair drive from our luxury hotel in Perthshire, but in our estimation, they’re well worth every minute of the journey.

Built in 1792 to support Scotland’s thriving fishing industry, the steps and surrounding area are still an impressive sight today.

An area of incredible natural beauty, Glen Tilt holds a special place in our hearts here at Dunalastair Hotel suites.

Just a short drive away on the outskirts of historic Blair Atholl, Glen Tilt’s towering mountains contrast with the gently tumbling hills to create one of our favourite views in the whole country.

If you didn’t know any different, it would be easy to mistake Bealach na Bà for the Swiss Alps.

Wide, open roads curve gracefully between soaring mountains and tranquil lochs, with memorable views as far as Skyle, the Outer Hebrides and the Isle of Rum.

In 2012, Time Magazine ranked Luskentyre beach alongside sites in Florida, Brazil and South Africa as one of the best beaches in the world.

Looking out over the marvellous coastal scenery today, it’s not hard to see why.

Miles of unspoiled landscape, endless blue skies and epic rock faces put Luskentyre in a league of its own.

Explore the world’s most beautiful country with a five-star luxury break at the award-winning Dunalastair Hotel Suites. Book online or call now +44 (0)1882 580444.

This website uses cookies to improve your experience while you navigate through the website. Out of these, the cookies that are categorized as necessary are stored on your browser as they are essential for the working of basic functionalities of the website. We also use third-party cookies that help us analyze and understand how you use this website. These cookies will be stored in your browser only with your consent. You also have the option to opt-out of these cookies. But opting out of some of these cookies may affect your browsing experience.
Necessary Always Enabled
Necessary cookies are absolutely essential for the website to function properly. These cookies ensure basic functionalities and security features of the website, anonymously.
Functional
Functional cookies help to perform certain functionalities like sharing the content of the website on social media platforms, collect feedbacks, and other third-party features.
Analytics
Analytical cookies are used to understand how visitors interact with the website. These cookies help provide information on metrics the number of visitors, bounce rate, traffic source, etc.
Advertisement
Advertisement cookies are used to provide visitors with relevant ads and marketing campaigns. These cookies track visitors across websites and collect information to provide customized ads.
Others
Other uncategorized cookies are those that are being analyzed and have not been classified into a category as yet.
SAVE & ACCEPT
Powered by